He has made all things new!

Mark 16
The Resurrection
"1When the Sabbath was over, Mary Magdalene, Mary the mother of James, and Salome bought spices so that they might go to anoint Jesus' body. 2Very early on the first day of the week, just after sunrise, they were on their way to the tomb 3and they asked each other, "Who will roll the stone away from the entrance of the tomb?"
4But when they looked up, they saw that the stone, which was very large, had been rolled away. 5As they entered the tomb, they saw a young man dressed in a white robe sitting on the right side, and they were alarmed.
6"Don't be alarmed," he said. "You are looking for Jesus the Nazarene, who was crucified. He has risen! He is not here. See the place where they laid him. 7But go, tell his disciples and Peter, 'He is going ahead of you into Galilee. There you will see him, just as he told you.' "
8Trembling and bewildered, the women went out and fled from the tomb. They said nothing to anyone, because they were afraid.
9When Jesus rose early on the first day of the week, he appeared first to Mary Magdalene, out of whom he had driven seven demons. 10She went and told those who had been with him and who were mourning and weeping. 11When they heard that Jesus was alive and that she had seen him, they did not believe it.
12Afterward Jesus appeared in a different form to two of them while they were walking in the country. 13These returned and reported it to the rest; but they did not believe them either.
14Later Jesus appeared to the Eleven as they were eating; he rebuked them for their lack of faith and their stubborn refusal to believe those who had seen him after he had risen.
15He said to them, "Go into all the world and preach the good news to all creation. 16Whoever believes and is baptized will be saved, but whoever does not believe will be condemned. 17And these signs will accompany those who believe: In my name they will drive out demons; they will speak in new tongues; 18they will pick up snakes with their hands; and when they drink deadly poison, it will not hurt them at all; they will place their hands on sick people, and they will get well."
19After the Lord Jesus had spoken to them, he was taken up into heaven and he sat at the right hand of God. 20Then the disciples went out and preached everywhere, and the Lord worked with them and confirmed his word by the signs that accompanied it."
--------------------------------------------------------------------------

It does not take much to humble me. Jesus Christ brings me to my knees. When I think about this day and the joy that I have found in a loving Saviour, I cannot help but remember his suffering on the cross as well. This holiday is what it is all about. It is why we can be free. It is perfect and yet so very intimate.

In all honesty, this year I have been more in awe of Easter than ever before. Today I looked at my children and I realized that without my obedience to God, I may not be in this place of complete and total happiness. Not only am I content and at peace with my life, but I feel as if it could not be much better. Jesus Christ, the risen king has blessed me with this family! I have this family because he took on the cross, allowed himself to be beaten, mocked, scorned and killed.--for me. Tears so easily fall from my face when I think about his sacrifice and his love for us. I cannot even fathom the depths of it and yet when I think of it, my human mind is overwhelmed to tears and my body to my knees.

My dearest friend said it best in her Easter blog. At the left of my page is a link to Rachel's page. If I had to write the way that I was feeling today, I would have written it almost exactly the same. So, today, I want to give her the chance to speak to all of you. She ministers to my heart so deeply. She is passionate and wise and humbling and I love her dearly. God has anointed her so deeply and I know you will be so moved when reading her blog about this very day!!!

Our Easter day was quite the celebration! The Easter bunny came to our house during the night and the kids got their baskets when they woke up. Church was amazing, Nora looked stunning, Daniel and I took lots of time to thank each other for all of our blessings and gifts, and we ate some good food. We had an Easter egg hunt, Nora got a sticker stuck up her nose and now we are heading to bed. I hope your day was as exciting and eventful as ours!!! Praise God for this life and for all He is! 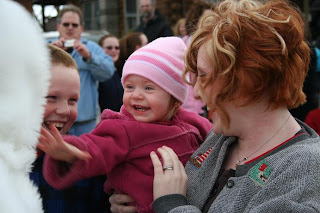 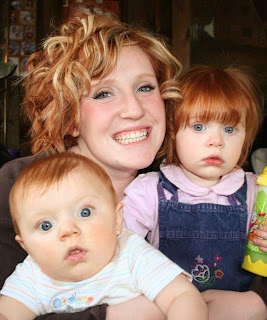 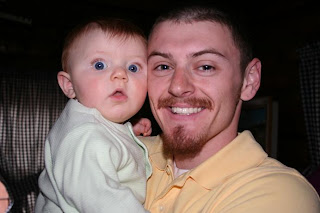 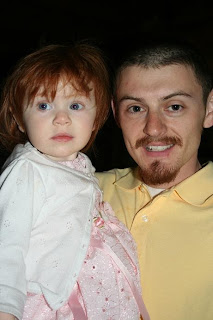