Did you know...
that if I have this baby early...
(so she doesn't bust my tailbone upon her arrival, remember?)...
...I am officially half way done with this pregnancy tomorrow?!
Did you know that?!
Official Belly Picture coming tomorrow...
...but until then, can you see our little girl growing? 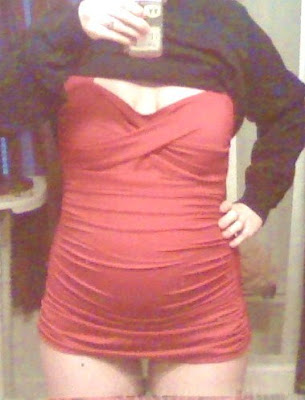 You look awesome Ramee! I wish I could look that great in a bathing suit, pregnant or not! :)

YAY! You put up the picture! I love it.. soo cute and soo definetly growing!

I see the baby bump!Looks like little miss is growing nicely.

Oh I cannot wait to find out the name! You are growing! I wish my legs looked that good in a suit without being pregnant!