Did you Know?
Some redheaded facts, superstitions and stats:

--Red hair is a genetic mutation.

--Red hair is seen on the heads of only 4 % of people. Most in the UK, Ireland and Australia.

--Redheads have a specific gene called the melanocortin 1 receptor (MC1R), found on the 16th chromosome. This single gene is responsible for red hair.
This wasn't discovered until the late 1990's.

--Redheads sometimes require up to 20% more anesthesia, concluding that we are much harder to sedate.
--Redheads have always been thought untrustworthy.
Judas is depicted as a redhead displaying the first prejudice against red hair.

--Bees are thought to sting redheads more than others.

--In ancient Egypt, red hair was seen as so unlucky, red-haired girls were burned alive.

--In medieval Europe, the infamous witch-hunting manual, Malleus Maleficarum, instructed that red hair and green eyes were marks of a witch, as were freckles, which redheads tend to have aplenty.

--In Denmark, it is a high honor to have a redheaded child.

--The redheaded gene is recessive, so red hair can show up many generations later. It takes both parents carrying the specific gene to produce a redheaded child.

--Because of the rare pigment in our hair, it is often harder to dye red hair and usually takes longer.

--It is said that while in Poland, if you pass three red-heads you'll win the state lottery.

--If a man with dark hair has a red-headed beard (such as Daniel) they are more likely to carry at least one different copy of the red haired gene. (obviously.)

--There is a belief that redheads are prone to industrial deafness. This actually could be true as the melanocytes are found in the middle ear.

--In the late 16th century, the fat of a redheaded man was an essential ingredient for poison.
--There have been studies done to confirm whether or not redheads are more prone to become addicts than those with blond or brunette colored locks. It is thought to be so.

--Red haired/blue eyed combinations are said to be one of the rarest combinations. It is usually more common to see a redhead with brown or green eyes than with blue.
...and to think, we have 3 living in one house! 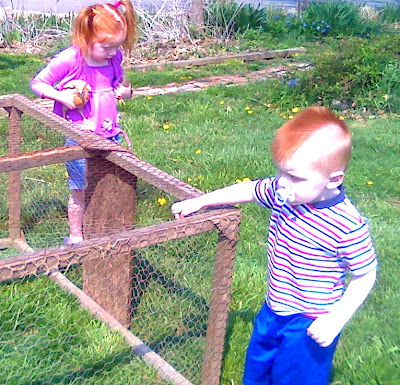 wow, great post today! it's always fun to read those kind of things. some were true for us and others weren't. you are the only other family i know to have as many redheads as mine! haha

we sure look goofy wherever we go, don't we! :)

i love the fact that my girls have red hair!! it's better to stick out and be beautiful rather than blend in and be like everyone else!

I love this post! I never knew that red heads were considered witches and such. Wow! Most dont believe that I am a natural redhead but the 1 million freckles should give it away, ha.

I'm laughing at the though of all the Polish people you could freak out if you took a family trip there.