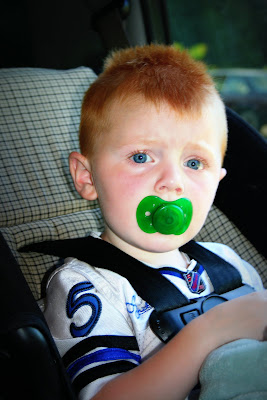 Although he may no longer have colic [which lasted more than 9 months of his little life], he does have a way about him that hasn't much changed.
He is temperamental, aggressive, frustrated and dramatic most days. 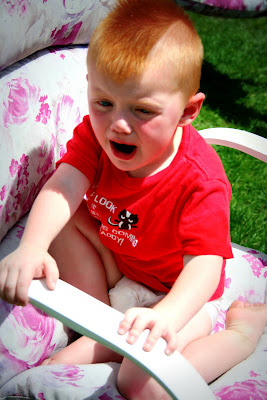 He can throw a mean fit, leaving me either in hysteria from laughing or tears out of my own frustration.... 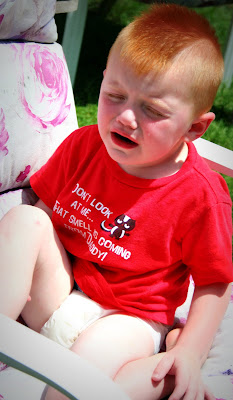 Oh wow, Ramee. I had no idea. It took me awhile to bond with Cadi - for far different reasons. She was an easy, quiet baby - for some reason we have been blessed with two like this. But I think I was afraid to get too attached because of her birth experience. The thought of loving a child so intensely and then loosing that child was too much for me to wrap my mind around. It happened though, we bonded. I'm not sure when, but am thankful that it did. And with Scotty - the moment he was laid on my chest our hearts entwined. I am nervous about this with our third. I have yet to admit it out loud. Will you pray about the bonding with this third for me for us?
After reading this I KNOW that God very carefully chose you and created you to be Braden's mommy. What a blessing he has to have such an understanding mommy. What a tragedy it could have been to be with someone less sensitive to his little needs. God is so good. So perfect. Praying for you, Friend.

I have been reading your blog for a little while now, but haven't commented until this post. The last few words of your post was exactly what I needed to hear today. As a new mom to twins, it's definitely been an adjustment for me. Going from a mom to none to a mom of two beautiful baby girls has been OVERWHELMING. I expected to be nothing but thrilled and loving every minute of motherhood, and although I am so happy to have them, it has been hard. Thanks for your words of encouragement and for sharing your story.