My stomach was turning in knots.  It had already been a long morning at the funeral home on the day that my friend would bury her babies.  The songs were emotional and I was in anticipation of our appointment later in the day.

The drive was long.  I was anxious, as always, to have to explain Mabel in great detail to new people.  It is exhausting.  I want to articulate everything well while not forgetting anything important about our sweet girl.  As we're sitting in the office of our new geneticist, I silently prayed.
"Lord, let this be of you."

For months I had taken a step back and been still in the process of testing for Mabel.  We were waiting on results from her muscle biopsy regarding mitochondrial disease and when I heard them say that they were 'essentially normal' and that 'they were at the end of the road for testing' I felt something spark in me again.  On that night, I cried long and hard.  I laid in my bed and felt the sting of the unknown once more.  But I remember looking at Mabel the next day and knowing that she deserved a good, hard fight in this.  She is worth figuring this thing out.  Her life is worth understanding and I am the only one who will do that for her.  I'm the only one. 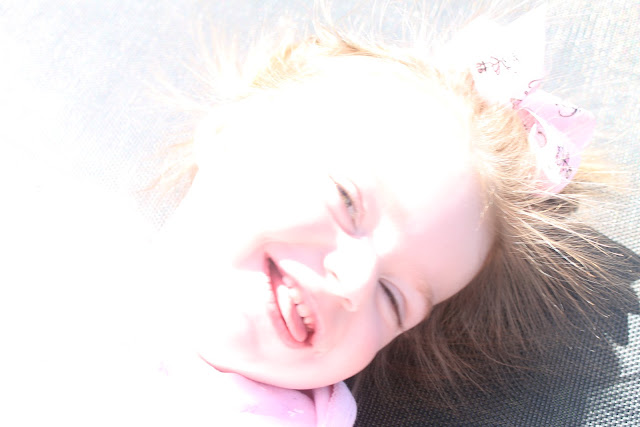 Since that night I have spoken with our genetic counselor through email multiple times regarding different tests that I had researched.  I always got a response and felt very much at ease with their decisions.  But recently at a regular neuro appointment, the nurse practitioner suggested we see the geneticist who is in their building.  He is closer and many of our friends have seen him in the past.  Of course I was open to having a second set of eyes see Mabel.  It is always nice to have fresh perspective or new ideas.  And, I wanted a geneticist who looked her over from head to toe and really got a sense of who she was-and who I was. 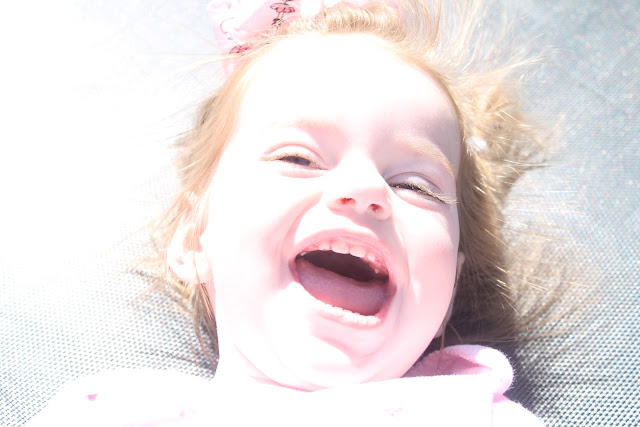 Yesterday I was sitting in his office and found myself answering questions about my pregnancy, Mabel's development, our family histories and anything else that the new genetic counselor could think to ask.  I am intrigued by the process and actually enjoy going back through it all, as to re-check myself from times before.  Had I missed something important?  Would they hear the one thing that may send bells and whistles screaming?

The Dr. walked in quickly.  Immediately he got down on one knee and looked at Mabel.  With his finger to his chin he said, "Has she been tested for atypical retts?"
[This is similar to the syndrome that I was writing about a couple of weeks ago that we were anxious to test for because Mabel seemed to fit every symptom.]

I was standing up and said, "That was one of the first things I wanted to ask you about..."
He went on and on about whole genome sequencing [another test we are desperate to have done on Mabel] and how insurances aren't quick to approve the test because it is so expensive.  He believes, however, that if we are going to sequence a specific gene to "try and find the answer" wouldn't it be smarter to sequence the whole genome?  The entire thing?
All in all, he is willing to do that because Mabel is a sure candidate. 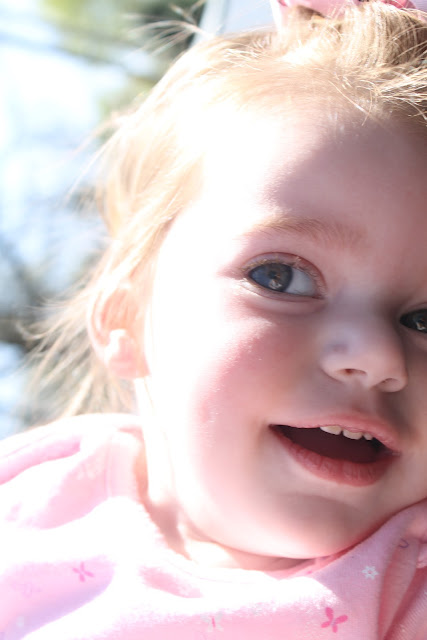 In the midst of our appointment with this doctor, there were some seriously tough questions asked.  I loved him.  What I loved about him was the fact that he knew that I knew what all of this meant.  He spent 2 hours with us in his office, turning his computer toward me as we, together, looked at Mabel's symptoms and things that may or may not fit.  He had me write down things that he wants me to look into further at home and involved me in everything he was saying about our daughter.

I had been told he was a bit of a mad scientist and that people either love him or hate him.  But let me tell you-at this point in our journey with Mabel, I am in need of someone who cares about her as much as I do and believes that she deserves an answer as much as I believe that.  I could see in his eyes that he truly believes that.
At one point he looked at me and said,
"You have done the research on most of these syndromes and diseases we are talking about.  You know the outcome of most.  So why are you here?"

I was standing in front of him and with tears in my eyes I simply said, "I just need to know."
When he looked back at me he said, "You're standing up in front me and I can see that is true.  Many families come in here and sit down the entire time twiddling their thumbs but I see in you that you need to know.  And that is enough for me."
And when he said it I took a deep breath, smiled at Daniel and thought 'finally.' 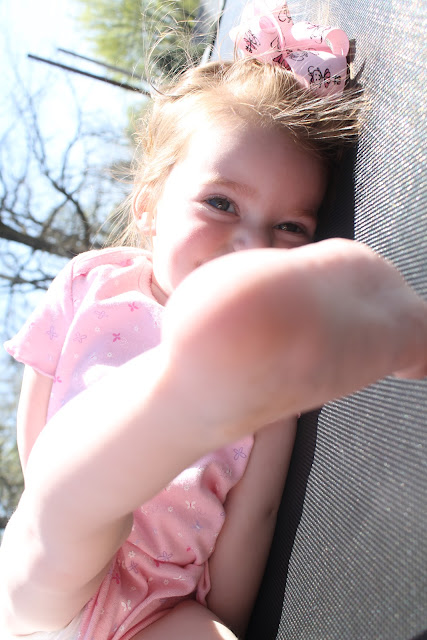 We moved on at some point to looking over Mabel really well from head to toe.
He noted that her tongue is large(duh) and that it shouldn't be hanging out the way it does.
He noted some other things about her gums and the roof of her mouth.
He couldn't believe how large her pupils are (again duh.  and I only say duh because he's the first doctor who said any of the things that we have all been thinking.)
He noted that she has no reflexes [in neither her knees nor her feet].
He noted her low tone yet super spasticity.

At other appointments lately the nurses have measured and re-measured her head.  I have known that something isn't quite right about it and figured it either isn't growing or has shrank some.
He noted yesterday that it is small and has fallen off the chart in terms of size.
Finally-someone said it. 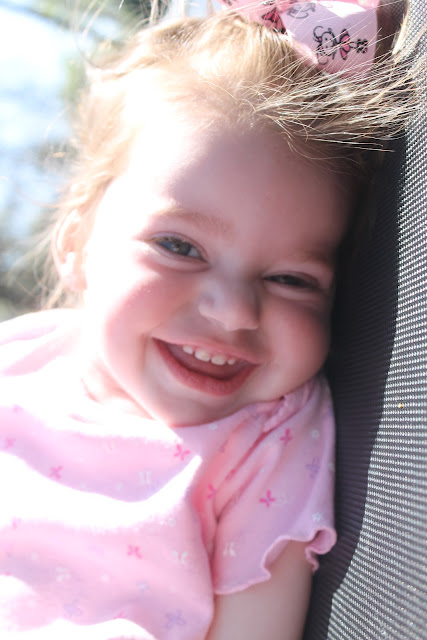 What I like in a doctor is someone who is aggressive and honest with me.  That's the truth.  I want to approach this for what it is.  I don't want to be in the backseat because let's face it, I'm the one driving.  I want to be included in any and every way that I can and yesterday I was made to feel like I was.  He trusted my instincts as a mother and he trusted my knowledge and research as well.  He listened to my concerns and treated me as an equal in this process.
I mean where has he been for 20 months? 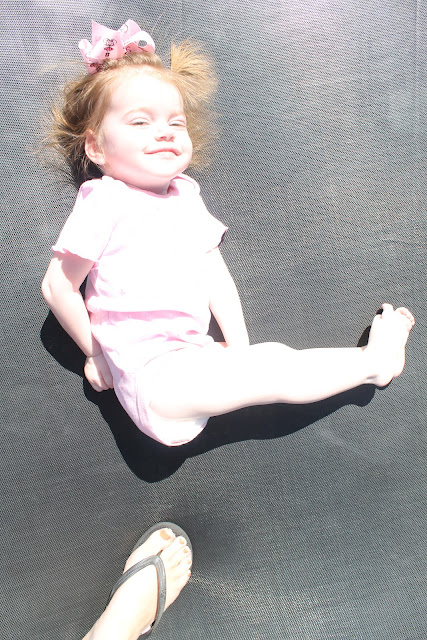 There were very severe and heavy syndromes that he disregarded because we're dealing with something 'more progressive.'
There were diseases he rattled off and then relinquished because 'this is more severe.'
The appointment was raw and honest and perfect.
Our daughter has a serious medical issue that we are unaware of and he made me feel valid in feeling that way.  He confirmed to me what I have felt in my gut for the past year. 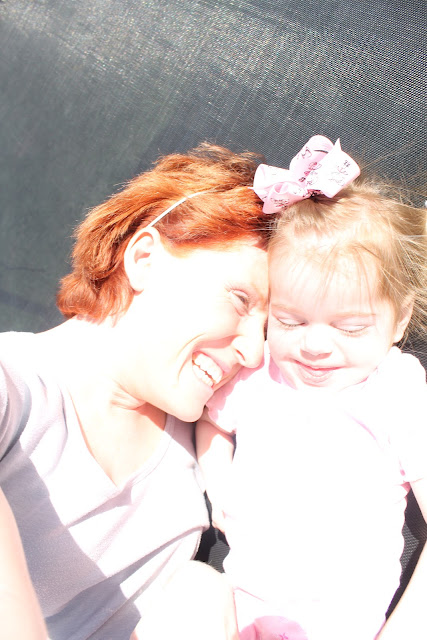 He said that what we find is unlikely to have a treatment or cure.  Mabel has myoclonic epilepsy that is so far, untreatable and the myoclonus is affecting her at almost all times.  He noted many times how much she moves; even down to the trembling of her tongue.  Without saying it he made it clear that this is something serious that he will help us figure out but the result, at least for Mabel, probably isn't going to change anything.

I know that there is no way to know that for sure and therefore I will pursue an answer no matter what.  I also know that even if it doesn't change things for Mabel, it may change things for Jeni and Jake or Nora and Braden when they decide to have children.  All of this is a huge reason for my persistence and need to know.  They all deserve to know as well.
As of now, whatever Mabel has seems very sporadic but without knowing for sure we are leaving the future's of her siblings and mine in a frightening state and I refuse to do that.  I love them far too much to not give them at least a good go at figuring this thing out. 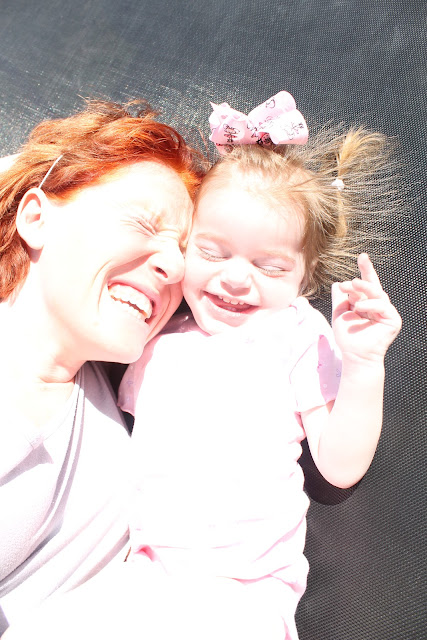 As of today, Dr. S is continuing to research a few things in more detail and come up with a game plan for the type of testing we will begin to pursue.

Before we left the office he looked at Mabel and said, "She is so beautiful....
This must be really hard..."

I took one more deep breath and said 'it is.'
All in one visit this Dr. made me feel like Mabel is worth an answer, I am valid in my concerns, and I am competent enough to help him in this--all while showing true compassion and concern not only for Mabel, but for me as well.

I'm bound to feel the sadness and the reality from our visit at some point in the coming days but I can't help but feel completely overwhelmed with thankfulness in this moment, today.  I can look at Mabel and know that we are no longer alone.  We have someone in our corner and he happens to be really smart and really determined.
Our little girl is a challenge to him but it feels like this is a challenge he doesn't want to lose.  And really, no matter what happens in the coming months or years of testing-just having a doctor who cares enough about you to try is worth it all.
-----
Photos from the Phone coming tonight.  Getting out to enjoy this beautiful day while we can!  You should do the same...

He is right- she is SO beautiful. And your family deserves answers. Thrilled for you!

I'm so glad to hear about this wonderful doctor. What a blessing. Thank you, Lord, for sending him into their lives.

I am so glad that the appointment was such a success. I know we LOVE Dr. S. He really does care about his patients and seems to like to a a good "mystery."

We are praising the Lord today that you had such a good visit and that it sounds like this is a new start to finding some answers.

Love from the Marshall family

YAY for the Mad Scientist!!! I am so glad that he not only was concerned for Mabel but also for you. Always in my prayers.

There has always been so much power in just putting a name to something -- anything. It is funny that the Lord gave us that gift right at the beginning, Adam's first job, naming the animals. I am so hopeful that you will have a name, and soon. Happy to hear that this was so good and such a blessing!

Im so with you on this one. Some poeple dont understand how we just cant accept the not knowing, i also need to know, for Ryan, my family, and just to make a little sense of things in my head. We all need a caring mad scientist in our corner, so glad to hear you found yours.

So glad you will finally have an advocate in your fight. Praying for knowledge. Xo