When it comes time to trim their fingernails, I always know that I can skip him.  He bites them and keeps them short.
When it comes to bedtime, I know that he needs his blanky and 'not a short prayer.'  He needs to hear me speak to Jesus and as his little eyes are closed tightly shut, I see that he believes (just like I do) that God will do all He has promised to do.  His heart is completely pure and good.  For the most part he wakes up happy; smile on his face. 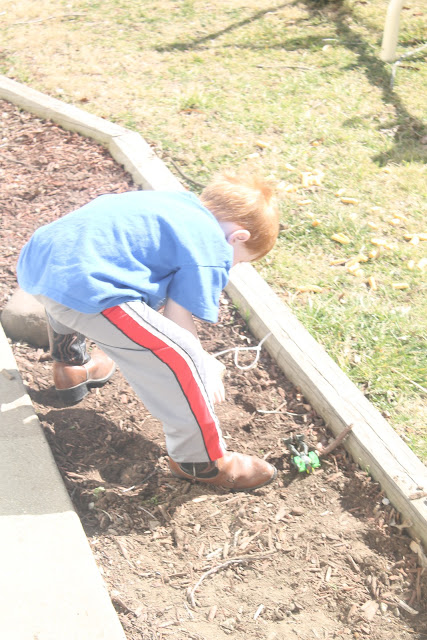 Without having to teach him to be, he is already a worker.  He digs, moves and hauls whatever it is he can find.  His hands are little but strong and he uses them to play, love, fight and talk.  He is smart-but not by the books.  He has little interest in learning to count past 20 or learn his letters.  But he can sing any song that he has heard one time from start to finish.  He can remember things you say in passing and will recite them weeks later. 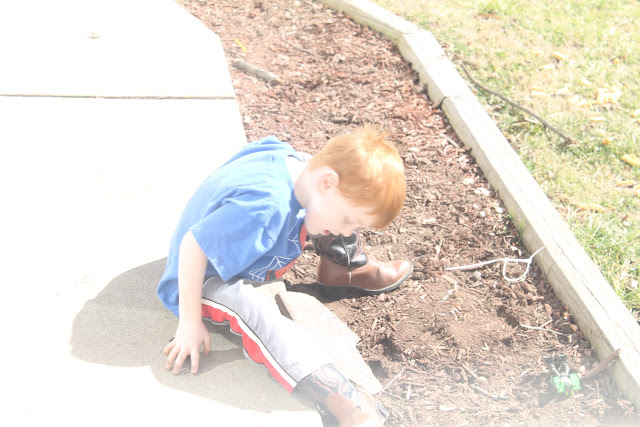 Two nights ago he told me that he and Nora were twins.  When I corrected him, he told me that I didn't know what twins were and that they were.
He's determined to be right and doesn't want to be corrected, even by someone who clearly knows better.  But on the flip side he likes to listen and learn from someone older than him when the topic interests him. 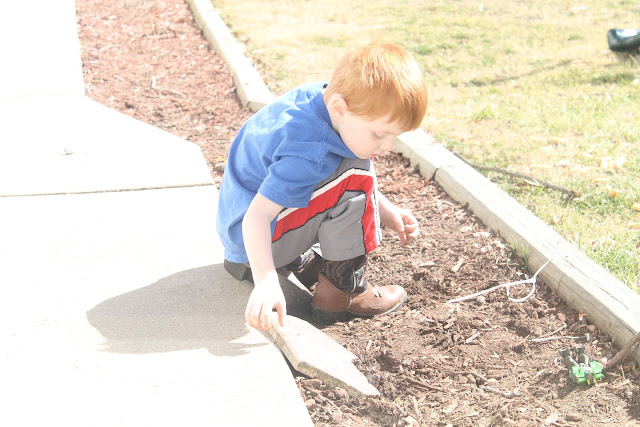 He's a lover.
When Mabel wakes up, he is faithful to change the key in his voice to suit her and he spends the next ten minutes kissing her and calling her beautiful.  He scares easily and has the most tender heart.  He carries rocks, money, and virtually anything else in his pockets for days and it isn't until laundry time that I discover his riches.  He still lets me dress him but he is starting to explore his options a little more on his own. 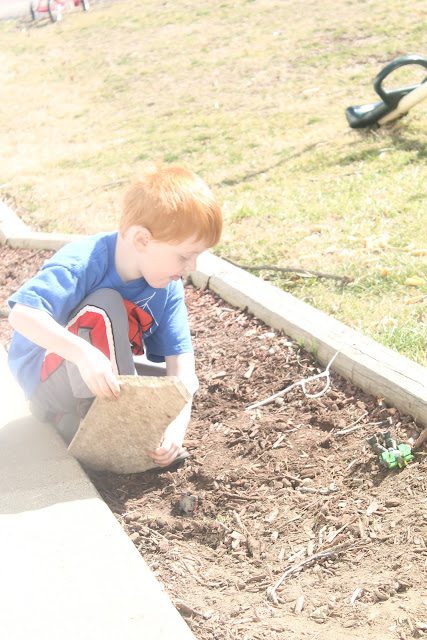 I watch him secretly from behind the lens and the window glass.
I catch him playing contently by himself; not needing to be entertained.  He doesn't need a companion at all times but he loves the company when it's around.  He doesn't know I'm watching but he doesn't care either.  He is talking gently to himself. 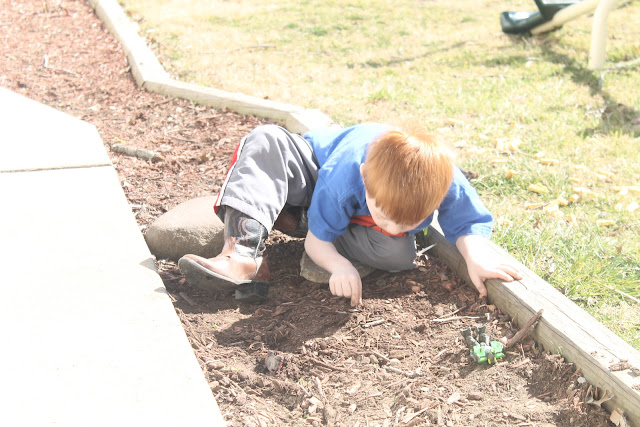 He is still quick to anger and can be very aggressive.  He tends to live in his own world, oblivious to ours and at times I am envious of that.
Lately he is worried that he is getting old.  He really wants to stay young. 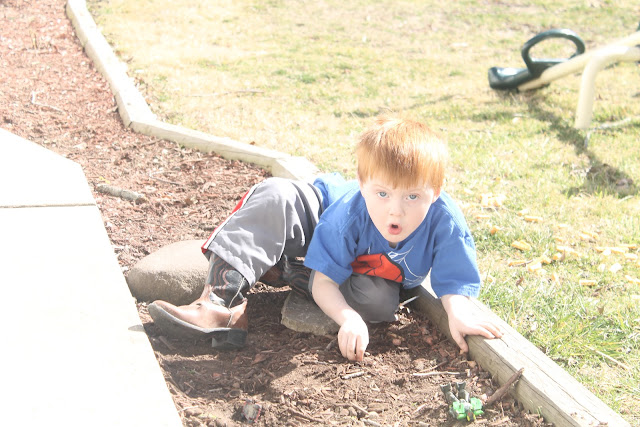 I have always been fascinated by the fact that siblings can be raised in the same home, by the same parents and turn out  nothing alike.  I am witnessing first hand how this is true.  From the very first breath that they breathed, Nora and Braden have been different.

Nora has the prettiest, longest, girliest fingernails.
They are different down to their fingernails.

What I hope is that I can nurture their differences while maintaining their individuality.  The two of them both have such obvious spiritual gifts and I want to only enhance them and not squelch them in any way.  I am thankful that I can look through the glass and quietly observe their traits so that I can better parent them.  As they are getting older each day is challenging in all new ways.  But what I see is that we are able to navigate each day with a little more conversation and less frustration.
Slightly.

I haven't forgotten in the last year how precious these days are with my bigger kids.  I'm trying every day to cherish the moments with them that keep them little.  Because in just a blink of my eye, they will be grown and gone.
Digging in the dirt one day, driving down the driveway the next.

I am thankful for their differences.  Although challenging, I know that it is making me a more rounded parent and person in general.  God's fingerprint is on each of their traits and it is a beautiful thing to witness His handiwork first hand.
.........
Chime in!
What is one difference between you and your sister or brother?

This is such a beautiful post! One difference between my sister, Kelsi, and I would be the fact that she is always so patient and kind. She makes me want to be a better person! I love having sisters :-)

I'm the 3rd out of 4 kids and I have many tendencies of the "oldest child" according to psych books.
Also, my sister is SUPER laid back and care free. I, on the other hand, am a worrier and very analytical.

My brother and I couldn't be any more different. He's a good 8 years older than me. His spontaneity scares me sometimes. He is far more resilient than I could ever hope to be.

I love your blog, I truly hope your fight helps you get the answer you and your family need.


As for my siblings. I'm the middle child, my brother is two years older and my sister six years younger. I'd say both my siblings are more silent than I am, more timid. I didn't use to be so at ease with talking to people. We're all smart and good in academics, but I'm better at literary subjects and languages. My siblings are both better at science, maths, etc. I think, out of the three of us, I'm the most forgiving and the most worried about considering other people, but it's because I feel guilty about a lot of things - this prevents me from being mean to people.

It's hard to number our differences because when we all get together (my brother lives with our mother, we live with our dad) we get along just as well, despite any fights that may occur.

I think you're a really great mother.