This week has been hard.  Mabel went into crying mode and it was non-stop for 3 days straight.  This morning she finally woke smiling and snuggled with me without thrashing her body around.  I always worry that she won't come out of those days and we will have to live with her being so uncomfortable.  That is a nightmare. 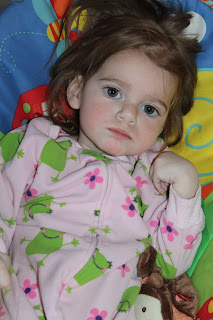 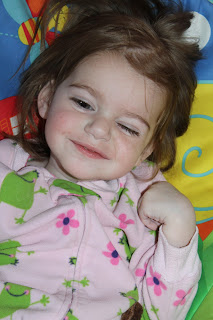 Yesterday a little girl who lives locally died of brain cancer.  She was 3 years old.
It's always sad to hear of children dying.

I'm equally as sad, though, that thousands of people understand the word cancer, fund cancer and yet there is still no cure.

And then I'm even more sad [and angry] that no one knows the names of rare diseases such as Batten Disease, Sanfillippo Syndrome, Bloom Syndrome, Mitochondrial Disease, Tay Sachs Disease and 7,000 more.  Because no one knows the urgency of these silent killers, there is NO funding.  We don't even get the chance to try to save our children and that is infuriating.

I looked into Val's face the other night as she fed Stevie and I saw the exhaustion and loneliness that she feels.  I feel it in the waiting of this disease but I have yet to lose a child.  My heart breaks for moms who are walking this life as we are.  It's already incredibly isolating but when a child dies of cancer and hundreds of thousands of people understand it and recognize it, it literally feels as if we are being pushed down the rabbit hole and buried.
---
I am incredibly sad for the family who lost a child yesterday; a daughter, a sister, a grandchild, a niece, a cousin. I am truly devestated that in this life that is something we have to endure.  My heart aches for them as the days ahead are sure to be dark.
My prayers are with their family and the families who lose a child every single day to some disease that we are not strong enough to fight-cancer or otherwise. 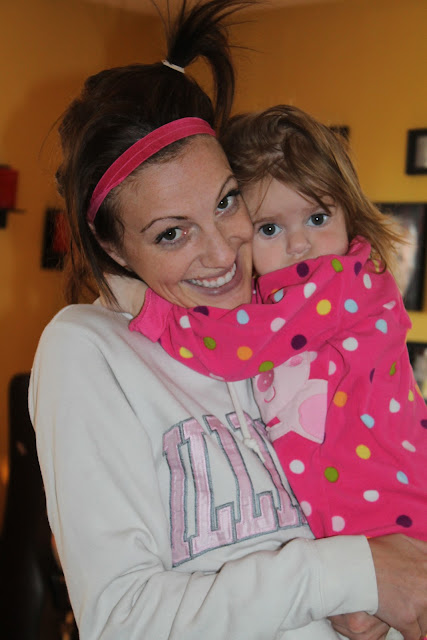 I noticed this week that the anger re-emerged in me again.  It's that part of 'grief' that causes me to feel crazy.  Just when you feel good, stable, strong- one emotion wraps itself around another and piggy backs on top of something else. It's a crazy game of manipulation between your mind, your heart, your spirit, your foundation.

This week the anger took over when reading everyone's 'thankful' posts on Facebook.  It is great to reflect on the things we are thankful for, sure.  But this is a time when I find it hard to function in normal society.  I don't wish that the thankfulness would stop but I do wish that there was a level of empathy and compassion with our words; both online and in real life. 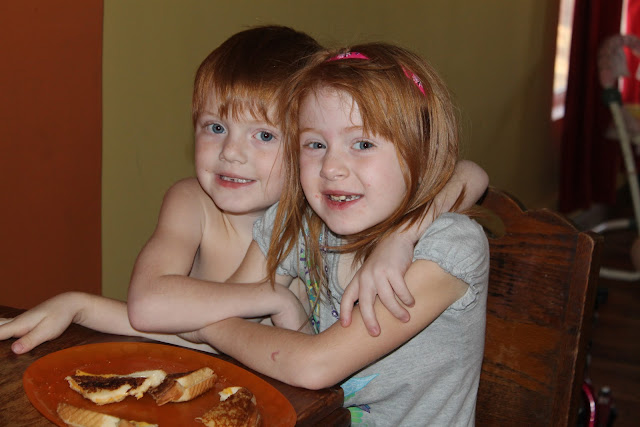 I felt angry this weekend when I tried to shop with my mom and Rache at a local Christmas Open Market.  Mabel was in her stroller; head hanging and tongue out as usual.
Unknowing (because no one seemed to learn from their own mother to think before they speak) a woman said to me, "She has the best seat in the house.  Of course she doesn't look as comfortable as she could with her head hanging over like that..."

And I walked away, saying nothing as always.  I mean what am I going to say?
"Well yes, her head hangs because she can't hold it up due to the fact that her brain is rapidly shrinking and she is going to die."

That would have surely shut her up.

A few minutes later I got Mabel out and had her over my shoulder, as always.  I suppose I tend to forget that this is a site that looks odd to most.  It's my normal but not theirs.
"Oh, some body's tired."
"Someone needs a nap."
"My My My, she must be exhausted."

And then last but not least.  The inevitable question of how old she is and the awkward silence and stare that follows.

It's all of these moments during a week that already feels heavy that could literally silence me to my home.  I have, so far, refused to let that happen.  But I get how mom's do it.  I get why it's easier.  People in the world act like they have no concept that individuals can appear and behave differently than they do.  It's just such a self-involved world and I'm trying desperately to change that.
----
Onward into November.
Birthday and Thanksgiving Month.  It's always been my favorite.
Posted by rameelin at 11:00 AM

I'm so sorry. I am continuing to pray for you, and I hope this week brings precious moments of peace for you.

I love you. I am sorry, too. It just plain sucks. Hug your babies tighter. Praying over you all tonight.

Ramee I wish so much people knew how to hold their tongues! I am thankful to know you! I have learned so much from you and feel so encouraged by your words so often!! Love ya!

I think you should print a business card that tells about Batten Disease!!! THEN when someone feels the need to comment hand them one and then say, "read this and educate yourself, thank you very much!!!" Hoping Mabel has a better week and you too!!! ❤❤❤