Tomorrow when I wake it will be four months since I've held her.
And I don't know how that is possible.
I can't fathom it.  I'd rather vomit than write it. 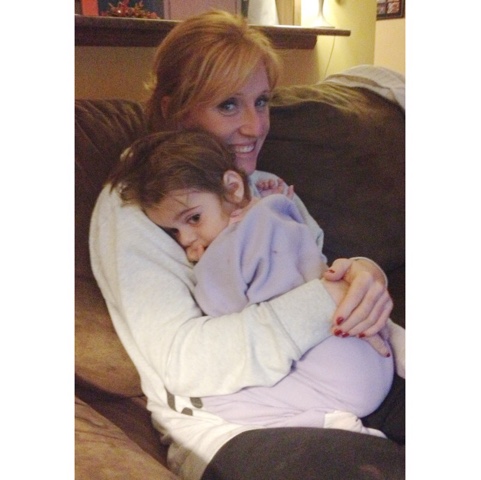 {This week Abrian found photos of us together on an old phone that I hadn't seen before. That was such a gift for me!}
---
Tonight brother is sleeping in her bed.  I love when he does that.
One thing that has been the hardest for me in the last four months is turning off the hallway light that is in front of her door.  When she was alive, I left it on so I could see her while she was sleeping and so that she could see my shadow if it passed before her.  It was one of the first things I had true anxiety about.  Every night I feel overwhelmed by it; like I should turn it off but don't want to.
And can't.
So I don't.
The same bulb has been on for more than 4 months.
Each month I seem to have one extra terrible day.
I writhe and puke and cry for hours.  I exhaust myself with every grieving, weary bone in my body, as if to purge all of the pain so that I can withstand another day, hour, week, or month without her.  How am I going to do this; live without her?
How?
This entire week was awful for me.
In all of my research and with each personal connection I've made, it seems as if grief gets worse beyond this point.  That's terrifying.
I miss her so badly.  It's as if my whole body is fractured from the loss of her.  The break is one that lingers and oh, it aches deep when the weather changes.
I sink into it and feel every single movement, limping with such lethargy that I can hardly stand it.  It's unbearable at times.  Actually and utterly unbearable. 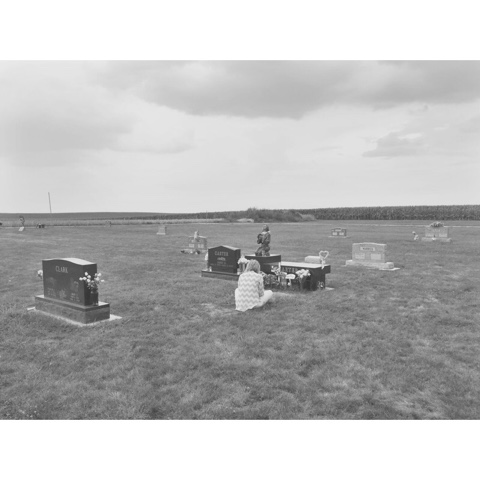 I finally got an MRI of my back to see what was causing such intense physical pain.  The results showed some things that could be the cause of some of it, but ultimately, and likely-
grief.  sorrow.  anguish.
Five years of pushing her stroller for hours at a time; five years of carrying her the same.
This last year, especially, her body was so long and she was incapable of supporting herself in any way.  I know now that my posture was incredibly altered.  Likely I didn't recognize the amount of stress and pain my body was in until I was forced to focus my attention on it.
Which just makes me more sad.
I'm tortured by the amount of suffering she endured.  In all of the world, no amount of comfort measures were ever enough.  You can only give so much, do so much, be so much.  And nothing we did ever truly touched her pain or eased her body's torment.  In this lifetime, on this earth, my little girl's disease won out most days.  Batten disease tortured her with every movement, seizure, swallow and cry.  It was completely repulsive.
She, on the other hand, was incredible.
Everything about her was so intricately beautiful and perfect.
And yet...batten disease.
---
So since finding out that my back is, in fact, not injured I have put more emphasis on strengthening it in the right ways.  I've started classes at the Y again and feel much better overall.  Getting back into an environment that I love has helped and the people that go are many of the same people who attended the classes I taught years ago.  They are encouraging and empathetic and have the same goal that I do; overall wellness.  The connections that I continue to make are vital and I'm thankful that I pushed myself to try.  Though, this week I cried through several of the classes, walking to and from the building and continuing throughout the days, I do feel stronger.
I'm trying to remain focused on all of the spiritual things that I have learned in the last several years and not push myself into anything that is distracting or that causes me any added stress.  At this point I am still very much trying to decompress, breathe, and just be.
Just 'being' without Mabel is exhausting, terrifying and so very sad.
I feel like I'm doing really well most days by functioning (walking the kids to school, working out, cleaning the house, making dinner, doing homework) but some days I feel like even that is complete overload.  The amount of energy it takes for a person's body, mind and spirit to truly and effectively grieve is incredible.
---
Exactly one month after Mabel died we went to pick out the details of her monument.
This week we found out that nothing has been accomplished or even started on it.
That alone sent me into total despair.
Serious desperation.
I felt so proud that I mustered up the courage to go so soon after she died, but only with the hope of having it finished by fall or at least before winter.  If I would have known that it wouldn't be done by now, I would have maybe stayed in bed on that particular day and left the hard stuff for another time.
It was important for me because it truly was the final detail that I needed to accomplish in order to know that I had done absolutely everything for our girl.  And it was important to me that it was not only taken care of but handled correctly.
Disappointment in the midst of grief is possibly an emotion that deserves a new word altogether to describe it.
So this week I had to go over those details again, with someone new.
A chapter that I thought was closed reopened this wound and left it gaping.
Grief makes you feel as if you are never healing.  With each new day, there is something new to remind you of this horrific loss.
My baby.
Luckily, the stone will be finished in just a few short weeks.
Everyone pulled through for me like they always do.
Relief and gratitude. 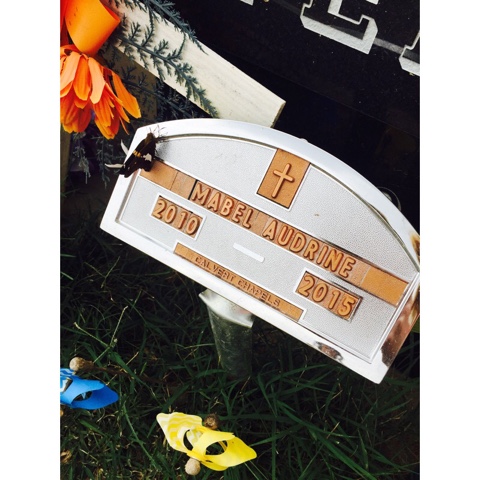 One thing that I have noticed lately is people mistaking my sadness or missing of Mabel with lack of faith.  I don't ever need to defend it but let me assure you that grief is not the lack of faith.  Sadness, depression, anxiety, missing-none of these have anything to do with what someone believes in.  They're simply emotions set forth by circumstances that make us human.
I do not doubt God.
I am not angry with Him, displeased by Him, or indifferent to Him.
In fact, I am more in love with Him than I have ever been.  I have seen His mercy and majesty in ways that most never will.  I am thankful for His presence and His truth.  I am thankful that there is a God who loves us so much that He provides a hope; an eternal home of rest and freedom.
I plan to share about all of His goodness in our lives.
About how He showed up in the most intimate and personal ways through the death of our precious girl. I will write about His unending love and of the intricate details that reminded us every step of the way that He, indeed, directs us in it all.
Behind the scenes and late at night- I am plucking through, writing the really hard stuff so that when this great story of love and life and death and truth and suffering and triumph is published one day for the world to read, it will do nothing but point back to Him.
...
In the meantime,
"leave the bereaved mother to her grieving.
She is the woman standing in front of you at the checkout line on the verge of tears because she just dropped the jar of pickles,
the cashier who seems she could care less about her job, but had to return to work much too soon after her loss,
the woman who cries in her car because everyone in real life has grown tired of trying to ‘fix’ her pain,
the woman at the altar, praying a broken prayer through tears and running mascara,
the woman who wonders everyday if she will lose her other children too,
the woman who laughs to hide her pain,
the woman who hides in the bathroom at social events because something about trivial conversation is nauseating at best,
the woman who no longer recognizes herself in the mirror,
the woman who strangely feels empty and empowered all at the same time,
the woman who feels like she can conquer the world, because she’s got nothing to lose,
the grandmother who shares her losses with you, only after you’ve lost a child,
the mother of young children whose hands are constantly full of cheerios, goldfish crackers and dirt, who is always being told by others how full her hands must be, but thinking to herself ‘not full enough’.
the woman ‘addicted’ to social media because she has finally found a community that understands her pain, and her new normal,
the woman you don’t recognize anymore,
the woman who is dancing and singing out loud, not afraid to make a fool of herself,
the woman who looks broken even when she’s smiling,
the woman who wears her heart on her sleeve,
the woman who bears her grief silently, and puts on a mask for her outside world,
the woman who can’t seem to put two sentences together,
one of the bravest women you will ever encounter.
The bereaved mother has lost more than most people will lose in a lifetime. Consider her pain, speak gently to her, and know that grief changes you for a lifetime.
The bereaved mother is all around you."﻿
Posted by rameelin at 9:51 PM

I've never commented before but have followed you for a few years. My kids have prayed for Mabel and asked about her many times. Your words are truly magical. You bring to life thoughts and ideas that are so hard to describe, and yet when you describe them, I can feel the weight of them so intensely. As I read your blog today I was hit with how much I am amazed by seeing what true, real, unconditional love looks like. Your love for Mabel is how Jesus loves us. It feels so intangible at times, but you put to words so much truth. I am praying for you today friend. You are wise beyond your years....let yourself grieve. Dan Allender says so many believers want to push through to the resurrection and never truly face the death/torture on the cross. We must understand and feel both to be authentic. I can just imagine sweet Mabel dancing in heaven today. You did everything for your girl for sure! Prayers xoxo